1. The unevenness of refrigeration semiconductor chips

Most of the current PCR machines use semiconductor refrigeration chips to control the temperature. When it is energized, one side is hot and the other side is cold, and the opposite electrode is opposite to the hot and cold side.

Although the semiconductor refrigeration film is industrialized production, almost all of them are produced manually, so each film is different, and large manufacturers will match them according to the needs of users. For example, if a PCR machine requires three pieces, then three pieces will have roughly the same resistance value. The resistance value is generally written by the manufacturer on each refrigeration chip (the measurement is not accurate when using a multimeter by yourself, because the temperature changes when the power is turned on, and the resistance value will change), so the quality of the semiconductor chip will affect the uniformity of the PCR Machine.

On the one hand, there is a certain difference in the semiconductor chip itself, on the other hand, the performance will decrease after a period of use, but the degree of decline is not consistent, and the heat dissipation of the opposite side of the edge and the middle semiconductor chip is inconsistent (to be discussed later). Cause the uneven temperature of the module. The commonly used solution is to place a temperature sensor under each semiconductor chip, and have a corresponding control circuit to independently control and calibrate (this will increase the cost of the manufacturer). For example, AB's 9700 has three sensors and corresponding circuits, while the low-end has only one.

Another advantage of multiple sensors is that different temperatures can be controlled separately to generate temperature gradients.

The edge of the module (referring to the metal block where the PCR tube is placed) dissipates heat quickly, and the temperature is generally low, which is the so-called edge effect. In fact, the radiator also has the problem of low edge temperature. To reduce the edge effect, the edge-assisted heating technology is generally used, that is, a circle of resistance wire or heating film for auxiliary heating is added to the periphery of the module. But in fact, the edge effect is not uniform. One is that the temperature at the corners is lower, and the other is also related to the blowing direction of the radiator fan (front and back blowing is uneven front and back, while blowing from bottom to top is uneven center and edge). 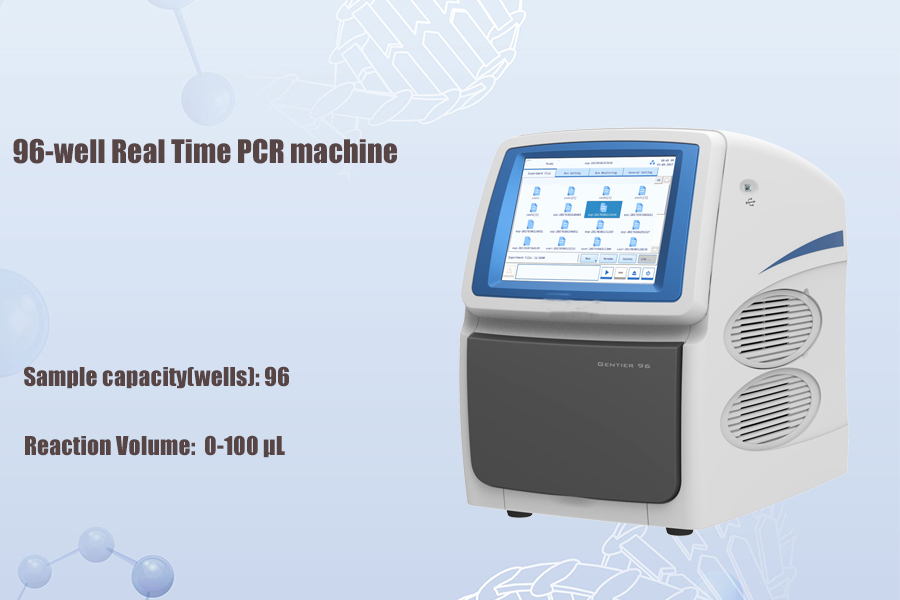 4, the heat dissipation uniformity of the radiator

5, the material and shape of the module

From a uniformity point of view, the module is best made of silver, followed by copper, and then aluminum alloy. The modules generally used in the market are aluminum or silver. The main reason is that the volumetric specific heat capacity of copper is too large, which is not conducive to the rate of temperature rise and fall. Silver has the same problem, so the silver modules on the market are actually hollow. But when it is made hollow, it has a negative effect on temperature uniformity. Therefore, the temperature uniformity of silver module instruments on the market is not higher than that of aluminum alloy, but the temperature rise and fall rate is higher. Because silver is easy to oxidize, some silver modules are gold-plated (don't think it is pure gold or a whole piece of gold or silver), and some are gray after surface oxidation treatment.

The aluminum alloy module also has shape problems. The large volume and the more connections between the holes are good for uniformity, but not good for the temperature rise and fall rate. Various manufacturers have also worked hard on the shape of the module, which is a balance.

In short, in addition to the six factors mentioned before, there are other influencing factors, such as the temperature drift of the sensor, the aging of the temperature processing circuit, and the uneven dust of the radiator. Some factors can be reduced or eliminated through regular calibration and maintenance.