You are here: Home / News / Advantages and disadvantages of ethylene oxide sterilizer

1. It can kill all microorganisms, including spores, Mycobacterium tuberculosis, bacteria, viruses, fungi, etc.

2. When sterilizing, it can be wrapped with various wrapping materials, which is convenient for storage and transportation. It can be used when the package is opened to avoid the risk of cross-contamination.

3. Relatively speaking, ethylene oxide does not corrode plastics, metals, and rubbers, and will not cause objects to turn yellow or become brittle.

4. Strong penetrability, can be used to sterilize items with irregular shapes, complex structures, and difficult to penetrate: For example, some thin and long catheters are difficult to achieve sterilization effect with other low-temperature sterilization methods, and only rings can be used. Oxyethane or irradiation.

5. It can be used to sterilize items that cannot be soaked with disinfectant, dry heat, pressure, steam and other chemical gases.

6. Ethylene oxide can be used to sterilize items that are not resistant to high temperature and humidity

7. Small damage to objects. Because ethylene oxide kills microorganisms by using the principle of alkylation rather than oxidation, it has very little damage to objects and has a very wide range of uses for sterilization of heat-labile precision instruments.

8. There are standard chemical and biological monitoring methods, which can effectively control the quality of sterilization and find packages that have failed sterilization in time. 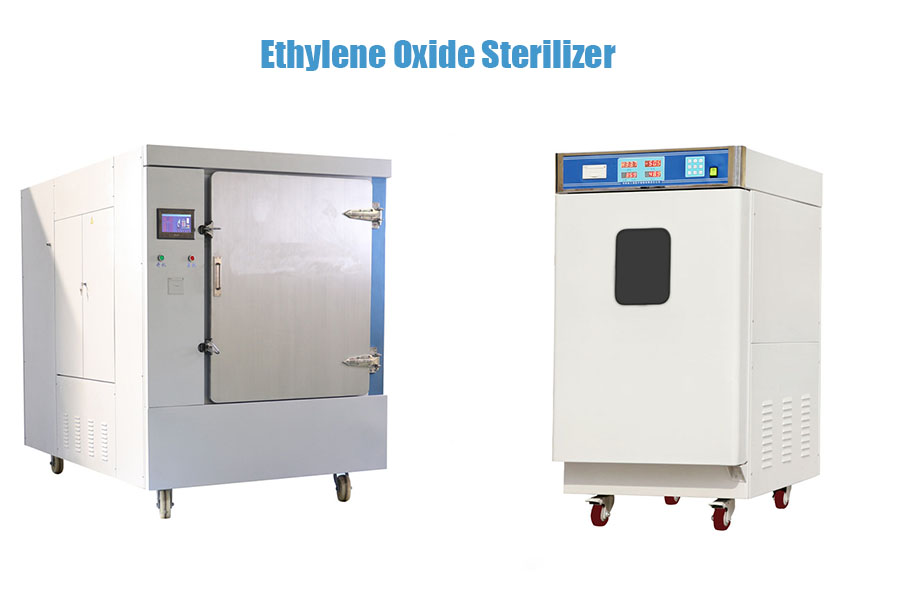 2. Ethylene oxide is toxic and a suspicious carcinogen. The concentration of ethylene oxide in the indoor air must be controlled below the national standard.

3. Ethylene oxide is flammable and explosive, and must not leak during storage and sterilization. A safe sterilizer must be selected for safe operation and storage.

In order to ensure the safety of sterilization, please understand the following precautions for the use of ethylene oxide sterilizer:

1. Temperature and relative humidity have a greater impact on the sterilization effect of ethylene oxide gas, so the relevant conditions in the test should be strictly controlled;

2. Ethylene oxide liquid can dissolve polyethylene, polyvinyl chloride, etc., and do not drip its liquid on such items. Ethylene oxide can damage celluloid products regardless of liquid or gas, and attention should be paid during the test;

3. Ethylene oxide is flammable and explosive. Fire-proof and explosion-proof measures should be taken at the operation site, and no open flame work or electric sparks should be allowed;

4. Inhaling too much ethylene oxide gas can cause headache, vomiting and other poisoning symptoms, and severe cases can cause pulmonary edema. There should be good ventilation in the working environment. The concentration of ethylene oxide should not exceed 1.82mg/m3 (1ppm) during the 8h daily work, and the exposure concentration should not exceed 9.1mg/m3 (5.0ppm) during the 15min work. If symptoms of poisoning occur, leave the scene quickly. In the mild cases, breathe fresh air until the symptoms are eliminated; in the severe cases, they should be sent to the hospital for treatment in time.